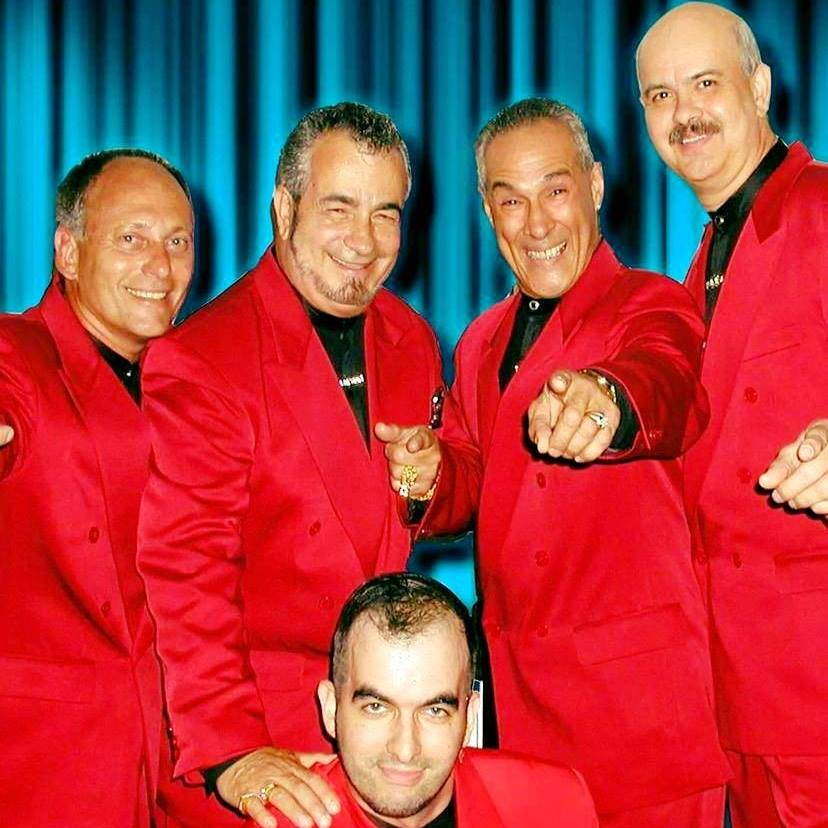 Rehearsing material by the Moonglows, Flamingos and Harptones, they set about performing at local shows and nostalgia rallies. When O’Keefe left to join the Teenchords in 1983, he was replaced on first tenor by Mike Paccione and the arrival of Al Pretea (ex-Dolphins) & Bob Nigera rounded out the group.

Their first recording came in early 1985 when their version of the Shirelles’ ‘Dedicated To The One I Love’ was released on Avenue D Records, followed by an update of the El Dorados’ ‘At My Front Door’. After sending a tape to local R&B revival disc jockey Don K. Reed’s Doo-Wop Shop show in 1985, they found their version of the Solitaires’ ‘Walking Along’ earning a regular slot as the opening theme to the highly influential oldies program. George Santiago (The Eternals) came on board replacing Festo , with the line-up also expanded by the arrival of Zeke Suarez replacing Mike Paccione.

The group embarked on sessions for their debut album in 1990 with PAGE Records, recording versions of songs by the Drifters, Jive Five, and El Dorados, as well as the doo-wop standard ‘Over The Rainbow’. The album Was Titled: The Exquisites Go Over The Rainbow.

We have shared the stage with legends such as Frankie Valli & the Four Seasons, Johnny Maestro & the Brooklyn Bridge, and The Platters. So snuggle up with your best guy or girl and let The Exquisites whisk you back in time. A time and place when all was right with the world, where the music lived forever and love never grew old. An era of ” The Greatest Music of All Time”.